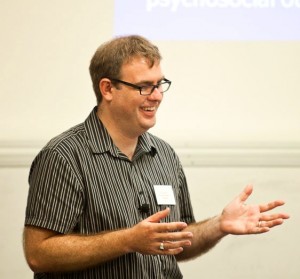 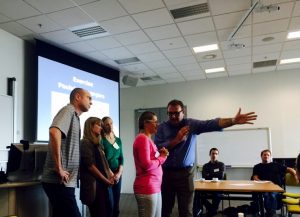 A selection of my presentations.

Acceptance and Commitment Therapy in Groups – webinar for the Australian Psychological Society, 24/5/16

Mechanisms of change in group ACT for psychosis: the ACT for Recovery trial (ACTfR) – Paper given at the World Conference for the Association of Contextual Behavioral Science, Berlin 16/7/15

Recovery through psychological flexibility – Acceptance and Commitment Therapy groups for people with psychosis and their carers – Pub talk given for the Australian Association for Cognitive Behaviour Therapy (AACBT), Melbourne 15/6/15

All Aboard the Bus! Running ACT groups for Psychosis – skills class given at the UK & Ireland ACT/ CBS Conference, London 13/11/13

ACT Early: Acceptance and Commitment Therapy to assist recovery from a first episode of psychosis – Paper given at the BABCP National Conference, Brighton 14/9/2007