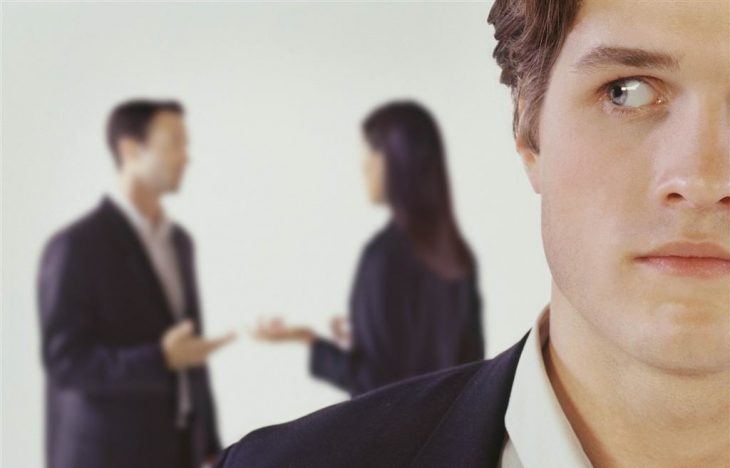 How can we understand delusional beliefs in behavioural terms?

A recent paper published in the Journal of Contextual Behavioral Science by Corinna Stewart, Ian Stewart and Sean Hughes presents a “call to action” for taking a natural science approach to discerning persecutory delusions, by outlining the directions that contemporary contextual research on language and cognition provide:

A Contextual Behavioral Approach to the Study of (Persecutory) Delusions

Throughout the past century the topic of delusions has mainly been studied by researchers operating at the mental level of analysis. According to this perspective, delusional beliefs, as well as their emergence and persistence, stem from an interplay between (dysfunctional) mental representations and processes. Our paper aims to provide a starting point for researchers and clinicians interested in examining the topic of delusions from a functional-analytic perspective. We begin with a brief review of the research literature with a particular focus on persecutory delusions. Thereafter we introduce Contextual Behavioral Science (CBS), Relational Frame Theory (RFT) and a behavioral phenomenon known as arbitrarily applicable relational responding (AARR). Drawing upon AARR, and recent empirical developments within CBS, we argue that (persecutory) delusions may be conceptualized, studied and influenced sing a functional-analytic approach. We consider future directions for research in this area as well as clinical interventions aimed at influencing delusions and their expression.

A pre-pub version of the paper is available here.(ResearchGate link)

From my perspective, the starting points that this paper identifies are very welcome.

The authors focus on identifying the likely contextual factors involved in delusional thinking. They do this by first clearly outlining the variables and processes that have been identified from the cognitive accounts of delusions (such as,  cognitive biases, Theory of Mind deficits, defensive efforts): a range of mental mechanisms that do help us to understand the phenomena of delusions (all variables that have been researched over the last 30 years of progressive empirical study of delusions).

Deftly, the authors describe that while these variables are useful for understanding delusions, what is frequently missing from these accounts is the step further in understanding context.

The example is provided of the cognitive bias, jumping to conclusions. While there are reliable findings about this style of responding and delusional thinking, for the contextualist who is interested in both prediction-and-influence, what is missing is an understanding of the environmental variables or history of learning that brings this about. This further step in understanding is important, as mental mechanisms cannot be directly influenced. We need to understand what environmental variables are functionally linked with jumping  to conclusions or persecutory delusions, in order to find ways to influence this behaviour.

Contextual behavioural science provides an analytic frame to do this, as it does not explain behaviour in terms of mental mechanisms. Rather, behaviour is explained in terms of environmental events (past and present): the task is to identify functional relations between environments and behaviours.

The paper outlines a way of understanding cognition and language as behaviours, using Relational Frame Theory. The authors describe how several features of language allow humans to generate rules, that can undermine sensitivity to changes in the environment, sometimes with undesirable consequences. This language-influenced insensitivity can limit learning from experience or people discovering that their rules/ beliefs are unhelpful to follow. This seems particularly relevant to persecutory delusions.

Consistent with this, the authors then define persecutory delusional beliefs as behaviours, and as forms of arbitrarily applicable relational responding (AARR). In Relational Frame Theory, AARR is a form of operant behaviour where stimuli are related based on contextual cues independent of their physical properties, and in ways that never experienced or instructed in the past (i.e., derived relating). Considering persecutory delusions as AARR may open several avenues of understanding how:

1) fear, threat, and avoidance may be established and transformed from one stimulus to another without prior experience, and despite physical dissimilarity among stimuli. This may explain how delusional relational networks develop, and how innocent remarks and gestures from others may be incorporated into these networks, so that they are experienced as aversive;

2) transformation of functions through complex relational networks may account for the internally coherent nature of delusional beliefs and how fear and avoidance may be readily emitted given certain (social) stimuli or ambiguous stimuli.

3) the effects of unhelpful rule-following (by undermining sensitivity to environmental changes) may help clarify why these beliefs persist despite contradictory evidence; and, it may be that people with persecutory delusions have relational networks that are elaborate, frequently derived, and internally coherent. This repertoire of relating could mean that contact with contradictory information is experienced as incoherent and thus aversive (as coherence is reinforcing). Rule- following and motivative augmenting may explain how people with persecutory delusions can develop narrow behavioural repertoires that end up perpetuating delusional beliefs and related responding.

4) Perspective taking (deictic relating) is likely to be important, in understanding whether self-generated rules are responded to in different ways to those that are socially-delivered, by people with persecutory delusions (they may strive more for coherence with self-generated rules).

Throughout the paper, the authors cite RFT and other research that suggests to these processes being present in both non-clinical and clinical populations (although only a few studies with participants experiencing psychosis, such as Cella et al., 2009; Monestes et al 2014).It is evident that there is plenty of scope for extending these investigations to participants who describe persecutory delusions.

This paper is well-informed about mainstream research on delusions, and strives to make links to the broader literature. In my view, the authors make a good case for how using RFT could extend what is already known in useful empirical directions.

It is great to read a clinically-oriented paper that makes the case for Relational Frame Theory research, that may address some of the current issues in understanding delusions. My hope is this clinical RFT may lead to more effective psychological approaches to help people distressed by these experiences.