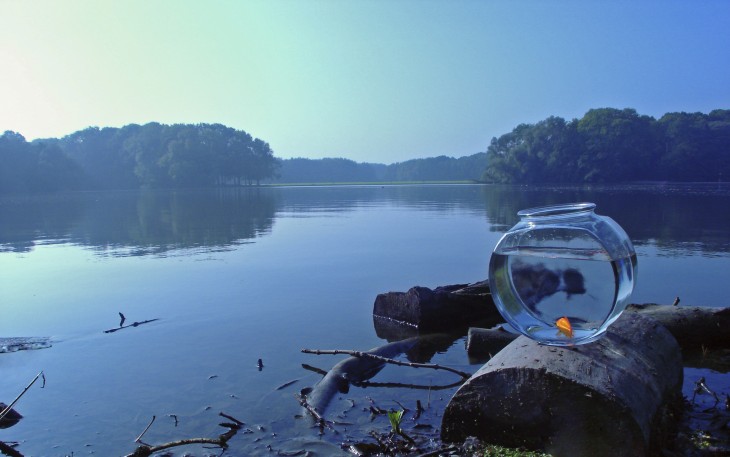 Therapy involves lots of decisions. Which interventions are introduced by the therapist – and when – can be influenced by a number of factors. Recent studies suggest some of this decision making is to do with how willing the therapist is to experience distress – either the client’s or their own (or, indeed, both!).

In a previous post I suggested that therapist experiential avoidance* may play a role in the low rates of exposure being offered by therapists in clinical practice. This is despite the solid evidence base for offering exposure as a core component of CBT for anxiety and obsessive-compulsive disorders. Unfortunately, even among therapists well-trained in CBT, there may be limited use of exposure.

A recent paper supports this perspective:

Despite the overwhelming evidence that the behavioral components of cognitive-behavior therapies (CBTs) are critical for patient improvement, particularly in the case of anxiety disorders, there remains a wide gap between science and practice in their consistent use. In particular, exposure therapy for anxiety is under-used, even among self-proclaimed cognitive-behavior therapists. Some have speculated that this under-use is related to therapist discomfort with and avoidance of the temporary increase in distress that patients often experience during exposure therapy, and the secondary distress that this may cause in therapists themselves. Recent studies have begun to examine therapist characteristics that are associated with the use of evidence-based psychotherapies, but this research has focused on evidence-based practice as a whole rather than on specific interventions such as exposure, and have not addressed therapist psychological variables. We examined the role of therapists׳ experiential avoidance in the hypothetical use of exposure-based interventions to treat fictional patients for whom exposure therapy is clearly indicated. A total of 172 therapists watched simulated therapy intake sessions and were asked to designate the percentage of time they would allot toward various therapeutic modalities, including exposure. Results suggested that participants exhibiting higher experiential avoidance tended to allot less time to exposure therapy for the fictional patient. Additional therapist personality factors, such as intuitive personality style and attitudes toward evidence-based treatments, were associated with self-reported use of exposure therapy as well.

In this study, the participants were therapists who self-identified as having a CBT orientation. The majority of the CBT therapist participants were psychology trainees or qualified psychologists (a doctoral-level US sample), limiting investigation of differences across disciplines.

The research team used a neat method of assessing therapist choices – showing video vignettes of the intake interviews of fictional clients with obsessive-compulsive disorder, and then asking therapists to indicate how much time they would spend using various methods to help these clients (from CBT, and other approaches). (The clients’ clinical presentations were independently rated by experts as indicating the use of exposure as the treatment of choice). [This sounds like an excellent method to assess the clinical judgement of trainee therapists!]

It was found that therapists who were scored higher in experiential avoidance allotted less time to exposure: the result held whether or not the therapist was inexperienced (licensed psychologists high in EA showed similar decision making). The authors report several secondary analyses, suggesting that in this sample:
• therapists who were more favourable to evidence-based practice tended to be less experientially avoidant;
• therapists who were more intuitive in personality style tended to allot less time to exposure, be less favourable to evidence-based practice, and were more experientially avoidant; [an intuitive style does not mean being open to distressing experiences… or evidence, it seems!]

Several clinical implications are discussed in this paper, including the potential for training CBT therapists in greater awareness, openness and flexibility to uncomfortable feelings, to promote persistence in using evidence-based practice. The authors also suggest that the process of conducting exposure with clients may be helpful for therapists. By learning to tolerate client distress, along with their own uncomfortable feelings, therapists may become more psychologically flexible in their role. Seeing clients improve in this learning context, may increase therapist confidence in offering exposure as part of CBT.

This paper encourages me to think that in my role – supervising psychologists in training – it may be useful to find ways to promote psychological flexibility for my trainees.

Helping trainee psychologists to be open to their experiences, particularly the discomfort of inviting clients to step into feared situations, and finding ways to “flexibly persist” with offering exposure, may increase the likelihood that they offer evidence-based interventions later in their career.

If you are a therapist, what is your experience of doing exposure? Please share your comments and views below.

Also: check out my post on how training in psychological flexibility can help therapists here